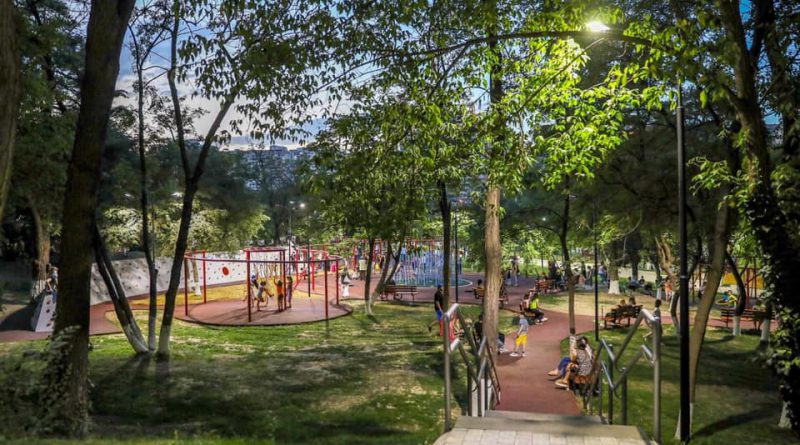 On the fifth anniversary of 13 June 2015 floods in Tbilisi, Georgian Prime Minister Giorgi Gakharia and Mayor of Tbilisi Kakha Kaladze opened the renovated Mziuri Park.  Destroyed in the floods, the extensively redeveloped park now features bicycle roads, an artificial lake, a skateboard park and numerous children’s playgrounds and is set to be one of the top recreation zones in the city.

Redevelopment of the park was financed with support of the EU’s European Investment Bank (EIB), under the natural disaster recovery component of the Georgia Urban Reconstruction and Development EUR 100 million framework loan.

Carl Hartzell, EU Ambassador to Georgia and Maciej Czura, Head of EIB Regional Representation for the South Caucasus were present at the event.

“The flooding five years ago was a tragic event for Tbilisi and for all Georgians. The EU is proud to have supported Tbilisi’s recovery by assisting financially in the reconstruction of the Akhali Mziuri park, which we hope and trust will benefit Tbilisi residents, not least the children, for generations to come” notes Ambassador Hartzell.

“The financing provided for the Mziuri Park project, and other flood recovery investments, for example Tskhneti-Betania road, is a result of a swift action of the European Investment Bank to support Georgia in the wake of the natural disaster. The flood recovery projects were also designed to mitigate the risks of a similar event in future.” noted Mr Czura.

The project, financed entirely by EIB under the natural disaster recovery component of the Georgia Urban Reconstruction and Development EUR 100 million framework loan, comprises Design and Construction of Mziuri Park in Tbilisi. The total value of the investment was approx. GEL 7.8 million. The works included: (i) a master plan/design of the rehabilitated area, (ii) developing sport areas (e.g. skate park, open-air gym, multi-sport area, parkour square), (iii) demolishment of damaged areas and construction of new ones, (iv) arrangement and planning of trees and bushes. It is worth noting that prior starting works on the park, EIB financed other structural measures under the same facility in 2016 and 2017 to reduce the risk of flooding by formation works on the Vere River bed, sediment trapping facilities and construction of retaining walls.

The Georgia Urban Reconstruction and Development Framework Loan was signed in 2016 between the European Investment Bank and Ministry of Finance of Georgia. Half of the EUR 100 million loan was dedicated to be used to counter the damages inflicted by the natural disaster.

About EU support to Georgia
The European Union is the largest donor in Georgia, with over 160 projects active in a variety of sectors supporting economic development, education, governance, justice, environment, energy or culture. Find out more at eu4georgia.ge.

About EIB:
The European Investment Bank (EIB) is the European Union’s bank. It is the long-term lending institution of the EU and is the only bank owned by and representing the interests of the European Union Member States. It makes long-term finance available for sound investments in order to contribute towards EU policy goals. The EIB works closely with other EU institutions to implement EU policy.
As the largest multilateral borrower and lender by volume, the EIB provides finance and expertise for sound and sustainable investment projects which contribute to furthering EU policy objectives. More than 90% of EIB activity is focused on Europe but it also supports the EU’s external and development policies.
In Georgia, EIB provided so far almost EUR 2 bn of financing for 27 projects. The detailed description of the EIB operations in Georgia can be found here. 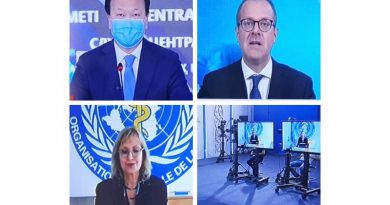 TURKMENISTAN CONTINUES TO PROVIDE HUMANITARIAN SUPPORT TO THE AFGHAN PEOPLE