Widespread physical training and heath improving movement is rapidly developed in Turkmenistan every year. As it was mentioned at the extended session of the Cabinet of Ministers dedicated to the outcomes of the first half of the year on July 3, large-scale work for stimulation and improvement of sport sphere, enhancement of its potential, formation of relative multifunctional infrastructure is carried out at full pace in the country.

Excellent sport complexes provided with modern equipment, stadiums, specialized sport schools, hundreds of other facilities have been built in all regions of the country in the last several years.

National legislation is permanently improved under the government support of physical training, health improving movement and sports of highest achievements; number of programmes have been adopted, which are currently under implementation. The Ministry of Sports and Youth Affairs has been established in 2018.

Comprehensive strengthening of health by engagement in various sports has become a national idea, strong consolidating factor uniting people of all ages and professions.

Involvement of all layers of population in this process plays huge role in assertion of values and principles of the Olympic movement, development of sports of highest achievements. Big popularization and educational work is carried out among children, who are actively engaged in regular sport disciplines from early age, is carried out for finding of talented sportsmen.

Younger generation masters successfully and with big enthusiasm both summer as well as winter sports such as ice-hockey and figure skating, which despite climate conditions of Central Asian Region, received rapid development.

Today, almost all educational facilities of the country have sport grounds and gyms provided with all necessary equipment. Residential complexes, which territories have children playgrounds, football, tennis and other fields, provide opportunities for going in for sports.

At the same time, technical sports, including motor sports, are actively developed. Due to support of the Head of the State, the Motor Sport Centre and race track have been opened in Ashgabat.

Equestrian sports is invariable very popular among Turkmenistan citizens. Both Turkmen and international equestrian sports, in particular show jumping, which was included in the programme of successful V Asian Indoor and Equestrian Games in Ashgabat in 2017, are successfully developed in the country. Modern equestrian complexes have been built and work in the capital and regions.

Training of professional sportsmen is carried out, important projects of construction of modern multifunctional stadiums, which meet modern requirements, special education facilities, race tracks and other important facilities, are implemented in Turkmenistan today.

Major activity in this direction supports to further growing of authority of the country, which makes deserved contribution of international sport movement that unites people around high humane ideals. President GurbangulyBerdimuhamedov highlights that sport is an important factor of strengthening of global peace, friendship and fruitful cooperation between the state and nations.

This is visually indicated by the triumph of V Asian Indoor and Martial Art Games. 2017 Asian Games were mega project in the history of sovereign Motherland. Having hosted these prestige competitions, our country proved its status of sport power, which is able to host major competitions.

Therefore, being a full member of International Olympic Movement and Olympic Council of Asia,our country supports to expansion and popularization of the Olympic movement.

Adoption of Special Resolution on annual observation of the World Bicycle Day on June 3 by the UN General Assembly was a bright evidence of high appraisal and recognition of success of Turkmenistan in development of sports, promotion of values of the Olympic, physical and health improvement movement.

This historical document contains an urge to all countries to pay special attention to bicycle subject in the development strategies and to include it to international regional and local programmes.

It is worth to remind that the largest cycling awareness lesson, which was registered as the World record, has been held by initiative of President GurbangulyBerdimuhamedov in Turkmen capital in 2018 on occasion of this world holiday.

The longest single line bicycle parade with participation of 2019 cyclist, which was also registered as the World record, has been held in Ashgabat Olympic village last year.

By this, the Head of the State has started a good tradition of mass cycling races, which unite not only citizens of Turkmenistan but also numerous foreign diplomats and businessmen working in our country.

In addition to 12-km cycling race, this year was marked with the opening the Bicycle Monument, which became a new attraction of Ashgabat. President GurbangulyBerdimuhamedov noted at the opening ceremony of the monument that this artistic composition embodies high spiritual rise of our people, its commitment to human values and international sport movement, rapid advancement of the country toward progress and prosperity.

Construction of excellent indoor racing track in the Olympic village, which meet international standards, has become an important milestone of development of cycling in Turkmenistan. According to foreign experts and specialists of International Cycling Union, it complies with all relevant requirements and provides required equipment and facility base, which make conditions for organization of high-level tournaments.

In 201, Turkmen capital is preparing to host the World Track Cycling Championship. Modern road infrastructure of our country matches excellently to organization of road race competitions.

Roads running along Kopetdag Mountains, which have hosted numerous national cycling competitions throughout many years, serves as a training infrastructure for leading sportsmen.

This is supported not only by favourable climate, which allows cycling outdoor almost all year around but also by excellent quality of roads.

Having announced strengthening of principles of health and active life style in the society, the Head of the State gives personal example to Turkmenistan citizens going for various sports like horse riding, cycling, motor sport, running, tennis, etc.

Every year, Turkmen sportsmen perform more actively in the world sport arena where they win different prizes including gold medals. This success is directly supported by equipment and facility base of sport industry and established favourable conditions for training.

Active work has been carried out from the beginning of the year for training of national team to XXXII Summer Olympic Games. Training of sportsmen in 7 disciplines including weightlifting, boxing, judo, Greco – Roman and free-style wrestling, karate, swimming and field and track-and-field athletics have been held in the Olympic village of the capital. 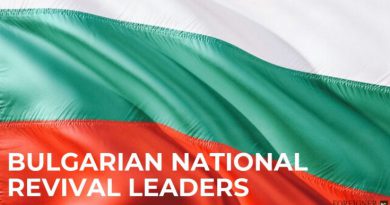