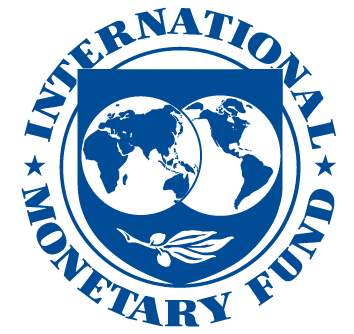 At the conclusion of the mission, Ms. Vera-Martin issued the following statement:

“Following productive discussions, the Georgian authorities and the IMF team reached a staff-level agreement on the conclusion of the Seventh Review of the EFF arrangement. Performance under the IMF-supported program was satisfactory in the first half of 2020. The agreement is subject to approval by the IMF management and the Executive Board. Consideration by the Executive Board is expected in December 2020. Completion of the review will make SDR79 million (about $112.1 million) available to Georgia, bringing total disbursements under the EFF arrangement to SDR406 million (about $576.4 million).

“The COVID-19 pandemic has had a major impact on Georgia’s economy. The shock is expected to cause a contraction of 5 percent in GDP in 2020, one percentage point greater than projected at the time of the Sixth Review, on account of a more negative impact of the lockdown and a more protracted shock. End-2020 inflation is projected at 3.5 percent as high food prices during the lockdown have been fully offset by the decline in inflation after the reopening. The external position has deteriorated as tourism revenues came to a virtual standstill. The current account deficit is expected to widen to 9.7 percent of GDP in 2020, from 5.4 percent in 2019. Nevertheless, high remittances and lower imports have contained Georgia’s external financing needs, and gross international reserves remain at comfortable levels thanks to the augmentation under the IMF arrangement and donor financing. The fiscal deficit is expected to widen on the back of lower tax revenues and fiscal support measures provided to support those impacted by the shock. Preliminary data suggest a tentative recovery in domestic demand began in June. Growth in credit to the private sector has remained robust, partly supported by government subsidies on lari-denominated mortgages. Slack in demand combined with the post-lockdown recovery in supply have recently put downward pressure on inflation.

“Growth is expected to rebound to 4.3 percent in 2021 as the effects of the pandemic fade, but with considerable downside risks to the outlook. The revision in the 2021 growth outlook, from 5 percent at the October 2020 World Economic Outlook, is attributed to uncertainty associated with the regional conflict and the increased number of COVID-19 cases in Georgia. Inflation is expected to converge to the 3-percent target by end- 2021. Medium-term growth is projected to remain unchanged at 5¼ percent supported by infrastructure spending and sustained structural reforms to increase productivity and enhance private sector-led growth. Macroeconomic policy discipline and donor support would keep reserves at an adequate level over the medium term. The shock to tourism is expected to be protracted with tourism receipts assumed to recover to 2019 levels only by 2024. The current account deficit is projected at 5.5 percent of GDP by 2025, financed predominantly by FDI. The authorities envisage to use all policy tools available to limit further economic damage, if downside risks were to materialize.

“The National Bank of Georgia (NBG) has taken decisive actions to mitigate the impact of the pandemic on the real economy and the financial sector. The central bank provided lari and dollar liquidity and coordinated with the Ministry of Finance the provision of long-term lari liquidity. We welcome the authorities’ continued commitment to the inflation-targeting framework and the floating exchange rate. The NBG reduced its policy rate by a cumulative 100 basis points since April 2020 and appropriately maintains rates steady since August to firmly anchor inflationary expectations around its inflation target. Staff supports the current monetary stance, which should be maintained until there are clear signs that inflation remains on a downward trend in the context of recent lari depreciation. Keeping inflationary expectations anchored may call for tightening the monetary policy stance should pressures on lari exchange rate feed into expectations.

“Banks have been generally resilient amid the pandemic, helped by their sound initial capital and liquidity positions and the strong response by the NBG in dealing with the shock. Staff welcomes the NBG’s proactive monitoring of the impact of the crisis on asset quality in coordination with the banks, while also making further progress in implementing the resolution framework.

“The easing of the fiscal stance has appropriately supported economic activity and protected jobs this year. Despite lower revenues, the government expanded spending to minimize the economic and social impact of the crisis. Among the measures, wage subsidies, cash transfers to households, including those in the informal sector, expanded social transfers, and temporary tax reliefs for businesses have helped sustain activity. Smoother execution of the budget helped accelerate public investment and VAT refunds. As a result, the fiscal deficit is projected to reach 8.7 percent of GDP in 2020. The 2021 Budget continues to appropriately support the recovery while laying the groundwork for fiscal consolidation. The deficit, projected at 7.6 percent of GDP, includes higher healthcare spending and measures to support households and businesses that would help solidify the economic recovery in the context of heightened uncertainty. Staff welcomed the authorities’ commitment to medium-term fiscal sustainability as directed by Georgia’s fiscal rule, which will bring the fiscal deficit under 3 percent of GDP and public debt under 60 percent of GDP by 2023. The authorities continue to proactively monitor fiscal risks associated with energy purchasing power agreements and state-owned enterprises.

“Advancing the structural reform agenda remains essential to support the recovery, limit the economic scarring from the pandemic, and achieve stronger, resilient, and more inclusive growth, needed to improve the standards of living for all Georgians. Enhancing connectivity, facilitating access to finance, advancing the education reform, and implementing the recently approved corporate insolvency framework would increase Georgia’s competitiveness. The mission also supports the authorities’ plans to reform state-owned enterprises, which should create the conditions for a more efficient public sector and boost private sector development.

“The IMF team would like to express its solidarity with all Georgians who have been impacted by the health crisis, and to those who have worked relentlessly at all levels of society to help their fellow citizens cope with its consequences. The IMF team would like to thank the authorities, our international development partners, and representatives of the private sector, for the open and constructive discussions.” 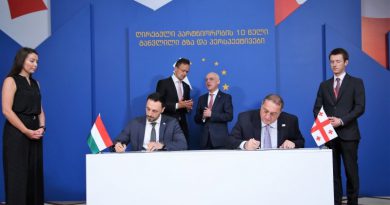 Economic and social impact of COVID-19 pandemic reinforcing gender inequalities Countries are inching toward greater gender equality, but women around

On 20 February 2021, the first direct blocktrain will arrive at Tbilisi Station, arriving direct from Xi’an in China.

The meeting of Nikoloz Samkharadze with the Ambassador of Bulgaria, H.E. Dessislava Ivanova