On the 17th of November 2020, theDeputy Chairman of the Cabinet of Ministers, Minister of Foreign Affairs of Turkmenistan Rashid Meredovtook part in the work of the 16th Central Asia – EU Ministerial Meeting that was held through videoconferencing.

During the meeting, the participants discussed a number of key issues of political, economic and humanitarian scope taking into account the interests of both regions and expressed adherence to the partnership, aimed at the maintenance of peace, security, universal human rights and sustainable development, in full accordance with the international law.

The cooperation on overcoming the COVID-19 pandemic and its socio-economic impacts were especially discussed. In this regard, the assistance of the EU to the countries of Central Asia was emphasized.

Speaking at the session, the Foreign Minister of Turkmenistan stressed the efficiency of partnership between the countries of the CA, EU and the World Health Organization. It was stated that the relevant regional programme financed by the EU is aimed at strengtheningthe resilience of healthcare systems of the CA countries for the near-term outlook. In this regard, R.Meredov called for expanding the cooperation between the CA countries, EU and the United Nations.

The position of Turkmenistan in regard to the implementation of the EU Strategy on Central Asia was also voiced.The Head of MFA of Turkmenistan proposed to specify the actions on practical implementation of the given Strategy including the development of the Roadmap of Cooperation for 2021.The healthcare, sustainable energy, transport connectivity and environmental protection issues were named among the priority vectors of cooperation.

The participants highlighted the importance of progress reached in the area of the supremacy of law, gender equality and universal human rights. The regional cooperationmatters in such areas as border and water management, trade facilitation and economic integration were discussed, especially in the period of COVID-19 pandemic where the EU is rendering significant financial and technical support.

The parties agreed to continue cooperation on directions posing mutual interest and exchanged views in regard to prospects of collaboration in the format “Central Asia – European Union”. 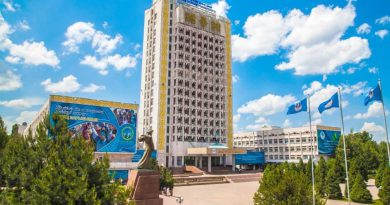 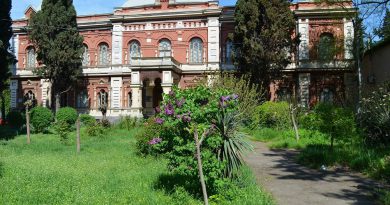 The State Museum of Silk will be fully restored and renovated