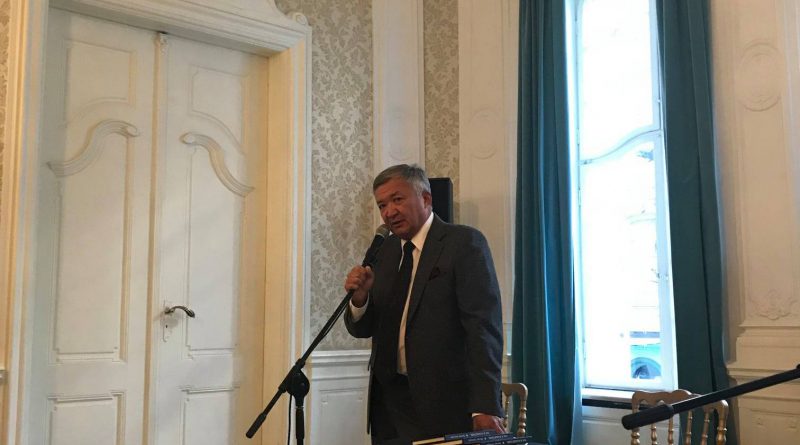 On October 29, 2019, the Embassy of Kazakhstan organized a meeting with writers and cultural figures of Georgia at the Writers’ House of Georgia.
The purpose of the event was to bring the peoples of the two countries closer together, to inform the public about the political and economic development, modernization of public consciousness carried out in Kazakhstan.
In his speech, the Ambassador of Kazakhstan to Georgia Baurzhan Mukhamejanov noted that traditionally friendly Kazakhstan-Georgian relations have centuries-old historical roots. In recent years, the bilateral cooperation has been developing very dynamically and fruitfully: the trend of steady growth in the volume of mutual trade and the number of tourists is outlined, as well as cultural and humanitarian contacts are deepening.
Chairman of the Writers’ Union of Georgia Makvala Gonashvili spoke about her participation in the Asian Writers’ First Forum, highly appreciating the cooperation between the writers’ communities of the two countries.
The agreements reached on the publication of anthologies of contemporary poets from the two countries translated into Kazakh and Georgian languages were noted. The Writers’ Union expressed interest in participating in the translation of Abai Kunanbayuly’s works into Georgian.
Guest of the meeting of writers – President of the World Congress of Turkic Peoples, professor Yahya Aliyev in his speech noted far-sighted policy of the First President of the country N.A.Nazarbayev in preservation of interethnic harmony. Y.Aliyev, born and raised in Kazakhstan, paid special attention to “wisdom and kindness of Kazakh people who lost half of their population, but gave their warmth to the families subjected to repression who found shelter in Kazakhstan”.
At the meeting the presentation of the book “There, in Kazakhstan” by the Georgian writer Vakhtang Gogoladze, published with the assistance of the Embassy of Kazakhstan, was held. In the miniatures and stories the author tells about the years he spent in Kazakhstan during the forced relocation of his family. “I will never forget the love and warmth of the Kazakh people, I love you all,” said the writer.

Embassy of the Republic of Kazakhstan in Georgia. 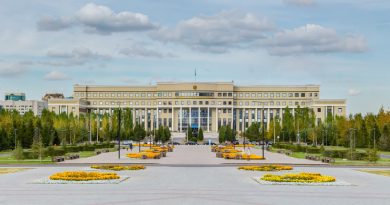 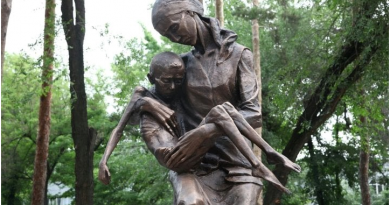